Since our last blog, we have both been fighting one of those stinky autumn colds, and unable to work on our plot. So last weekend, although it was very cold, the weather was dry enough for a wee visit to the plot. We fully expected to find everything overgrown and in a bad state.

Apart from our poor leek patch, that has been adopted by our local fox as a daytime lounge area, 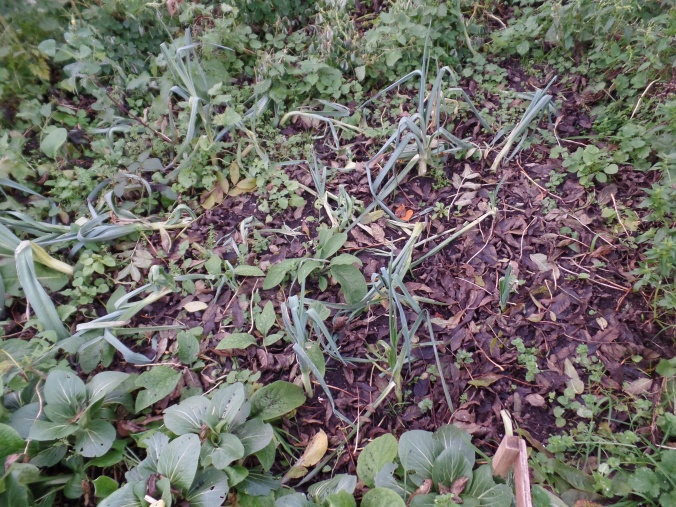 Poor leeks all flattened and chewed

everything else was much better than expected.

We set about harvesting the some vegetables, Sandra began by digging some more of our main crop potatoes. As before, she had difficulty lifting them using her border fork without stabbing a good number! We would appreciate some hints.

I began by collecting more cucamelons. These will be pickled for use later in the year. I need to check the ones I previously pickled because all the recipes I have seen so far seem to suggest the cucamelons are pickled whole, and someone suggested that they may have to be cut in half in order to be pickled. Have any of our readers pickled these little flavour packed fruits?  Perhaps this needs a little experimentation.

The plants are a vine and need something to grab hold of. We grew them up a wigwam of canes and they had a tendency to slide down the wigwam. We may try adding netting next time.

We first harvested ours just after flowering and steamed the pods as if they were sugar snap peas. They have a very individual taste, ever so slightly bitter, but I enjoyed them although Sandra was less keen. Because the beans had begun to mature, I decided to dry the pods and try to save the seed for next season. The pink flowers, borne at the top of the vine, looked so spectacular that we both said, even though there didn’t look like there was going to be much of a harvest, we would grow them again  to enjoy the flowers.

Lab lab beans done, I turned my attention to the climbing french beans, these too 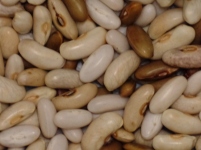 had gone over, so I collected them to dry for sowing in the spring. We used a great deal of the climbing french during the season and I also preserved some for use perhaps at Christmas and beyond. I will be talking about preserving our produce in a later blog.

There were a few of the small peppers left from the seeds sent to us for trial by Westland Horticulture.

These were Sweet Pepper – Lunch Box Mix by Unwins Seeds. They were very tasty but have, we felt, a few drawbacks:

We then checked the July sown beets, turnips and swedes, and harvested a couple of turnips. 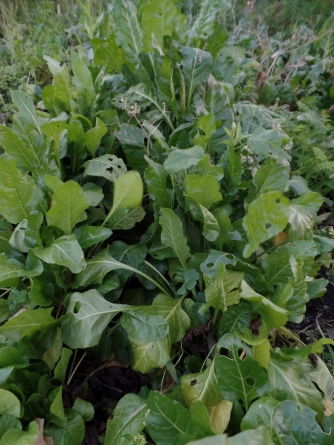 A quick check on our artichokes – they are looking good although one plant has decided to flower.

I then had a clean up in the raised bed (builder’s bags) and discovered another pumpkin. We also harvested some of the pak choi.

We felt this harvest of pak choi was a little bitter, but this may be because they have been ready to harvest for some time.

The last thing we harvested was a couple of mooli radish.

Then we checked on the oca (New Zealand Yam) which we were surprised to find in flower. 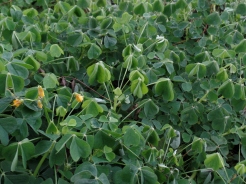 Sunset on the way home that evening

By then we were so cold it was time to go home for a large whisky.

One thought on “A wee visit to the plot”