I know what you’re going to say. Isn’t it very late to be planting out seed potatoes? Especially first earlies? Especially an extra early variety such as Abbot?

You’re right, of course. But circumstances have conspired to keep us away from the plot: major works on the flat, snow, rain, Andrew’s condition, a kite flying weekend … Life, basically.

A chitted Abbot seed potato waiting to be covered with soil

So, we just have to do what we can and hope for the best.

One good thing is that planting them wasn’t such hard work as it was last year, when I spent an exhausting day digging out bindweed and alkanet roots before I could start digging in the potatoes.

This year, we are putting them in at the shed end of the plot – the opposite corner to where they were last year. 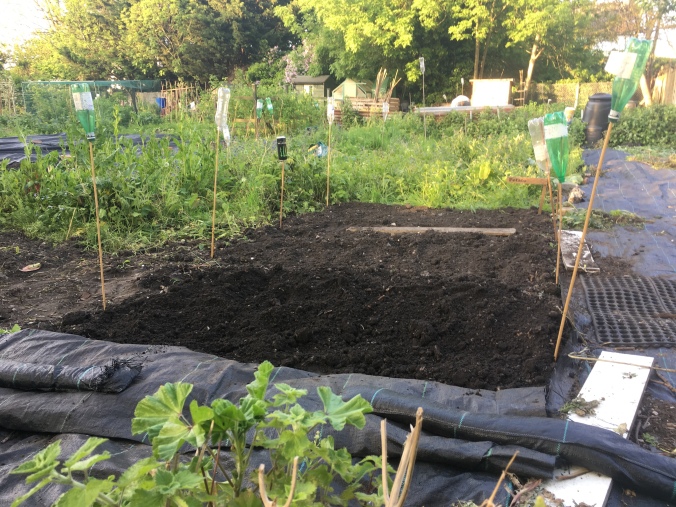 The patch where our Abbots are planted

This part of the plot had far less bindweed and alkanet to dig out.

What it did have last year was an abundance of brambles and we removed most of that with a lot of help from our very kind friends and a mini digger.

As you can see, beyond the potato patch, our plot has sprouted weeds – mostly couch grass. But this doesn’t entail the vigorous digging required for, say, brambles.

Andrew clearing some of the plot

Last year we were hit by late blight. It deviated our tomatoes and had begun to affect our potatoes when we caught it.

So this year we are trying blight/disease resistant varieties:

Abbot – as an extra early, theoretically this should avoid late blight; nevertheless, it is a disease resistant variety

Sarpo Blue Danube – an early main crop ‘famed for its excellent resistance to the late blight of potato tubers and also its good, general disease resistance’

Standing at the edge of my first newly dug potato trench for 2018, I couldn’t remember how far apart to plant them!

I did a quick Google search on my phone and the first result said: 3 inches deep, 12 inches apart and 3 feet between each row. That sounded about what we did last year, so that’s what I went for, using my trusty seed planting ruler. 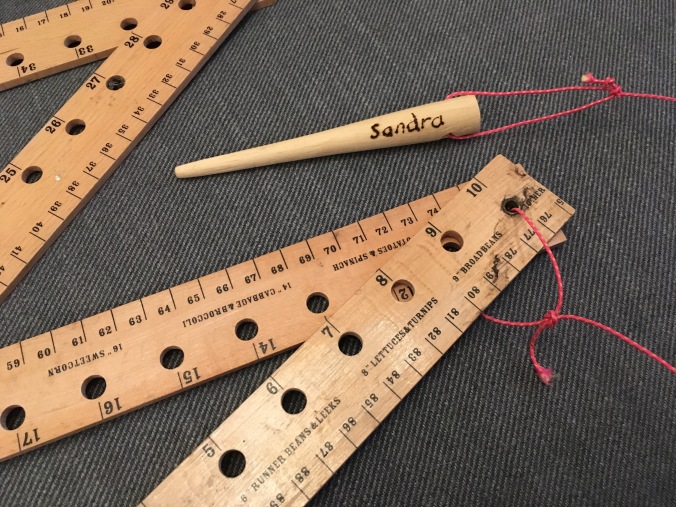 We still have to plant out our Sarpos – something we are hoping to do in the next couple of days. And we will report back on how they do both in terms of their blight/disease resistance and surviving the neglect we’ve put them through! 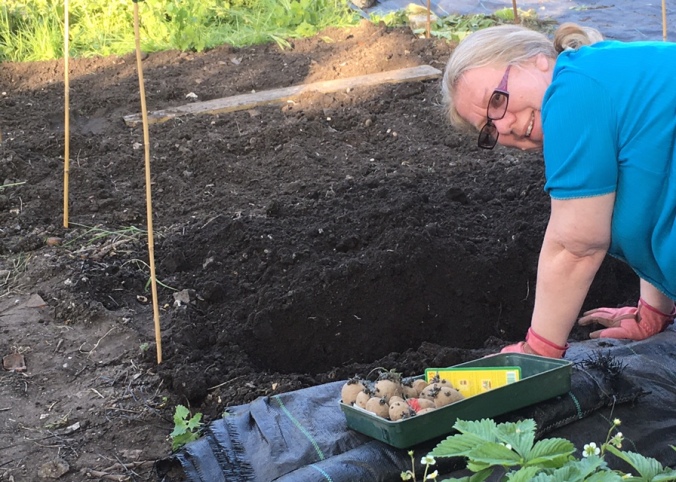 Sandra planting out the last of the Abbot

What’s the latest you’ve planted your potatoes out? And how did you get on? Let us know.

2 thoughts on “Planting out seed potatoes”