We were very fortunate to have been given two tools for cultivating the soil and hoeing by our good friend David.

In this video, Andrew talks about how to clean and care for your tools, and we show them both in action. 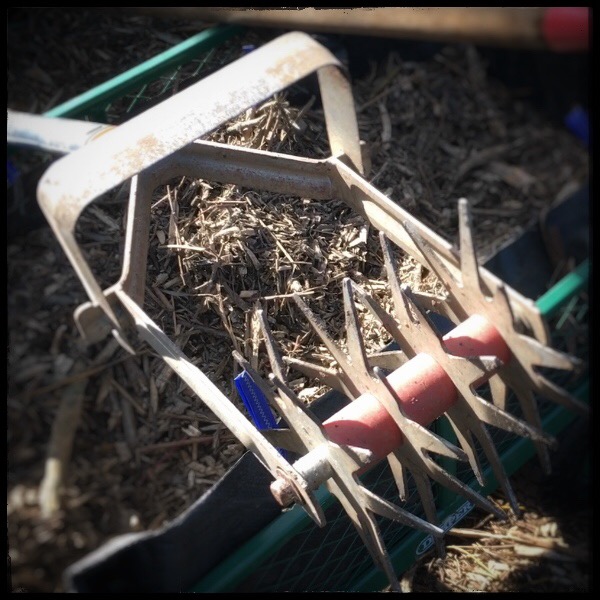 The soil miller is a Wolf Garten product. With its star shaped wheels, it looks fabulously medieval! They are designed to break down the soil as you work it back and forth, and a rear blade that cuts through any weeds.

Not only that, but the soil miller comes from the Wolf Garten multi-change tool range, which comprises a selection of handles and tool heads. Having got a handle we could potentially explore other tool heads in the range.

Also known as the stirrup hoe, the swivel hoe or the reciprocating hoe. The stirrup shaped head has a swinging motion that keeps it at the right angle. It should have a sharp edge that cuts through weeds as you move it back and forth through the top layer of soil.

It should be self sharpening. We cleaned ours up and Andrew gave the edge a bit of a sharpen. Hopefully, that’s all we need to do to keep it in good working order.

So here’s Andrew with the first tool we’ve bought for our new Quest for Veg allotment plot – the hand cultivator.

It took us all day to buy it. We started in a local hardware store where they had a decent selection of tools – including the cultivator we actually ended up buying. But it wasn’t quite what Andrew wanted.

He was hoping for one with longer prongs and ideally five rather than three.

So we went to another local hardware store where they had no cultivators at all and didn’t know what we were talking about.

They did, however, have something we hadn’t seen before. It was fork with a sharp metal edge joining up the ends of its tines. It looked like a fork with braces on its teeth.

Apparently it’s a spork – a cross between a spade and a fork. We were tempted but decided to continue our quest for the cultivator.

We then tried a garden centre. It appeared to have lots of tools but, on closer inspection, the display was made up of about four sections, each for a different supplier showing the same limited range of tools with one or two variations.

They had one long handled cultivator. But Andrew thought the prongs were at the wrong angle and it was over three times the price of the one at first one we’d seen.

We then spent a very long couple of hours in B&Q. We didn’t find any cultivators but may have identified the shed we want.

And finally Homebase where they only had a short handled cultivator.

So, it was back to the first shop we visited! At least we had the satisfaction of supporting a local independent business.

And then there was just time to end the day with an hour or so at the allotment where Andrew explained how to use the cultivator and set me to work. 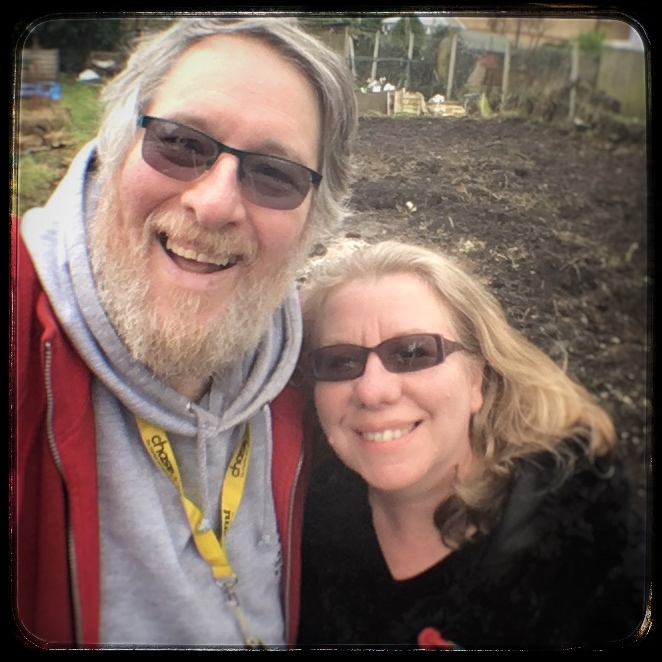